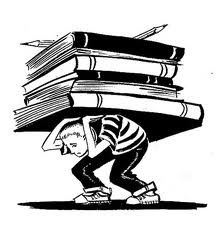 Why would a professor assign over 200 pages of reading to be accomplished in one week?!?!?

It's not like people don't have other classes, jobs, families, and homes!
Posted by Mark and Amy at 4:05 PM 4 comments:

What do SAHWs do all day?

I had a most interesting trip to Walmart on Wednesday morning. It took me a wee bit of time to process what occurred, and it has been bother me ever since. We are currently a one car family because Mark hydroplaned and totaled his car and we haven't found a replacement yet. So on this particular morning, I dropped him off for his carpool, and headed out to grocery shop at 5:30 in the morning. Walmart, being the only place open was my destination. My shopping went fine until I got to the only open checkout line. 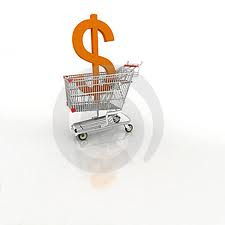 There was one woman in front of me in line and no cashier in sight. As we waited, we started vaguely chatting, and I complimented her on her really awesome purse, and she told me about the business she owns. At that point she asked me what I do. I simply answered that I am a homemaker and full time student. Then the dreaded question came.....

"oh, How many children do have?"
Yikes! Awkward! However, it was no where near as bad as her follow up question when she found out we are childless.
"What on earth do you do all day?"
Which was then followed with...
"What a step backwards for the feminist movement!"

I walked away from that conversation feeling as though I am not good enough while "just" being a homemaker. Yesterday afternoon I did some real soul searching as to whether being a homemaker without children in the picture was a selfish act on my part, if I could contribute more if I worked outside the home. I will be honest, the extra income would be great if I had a job, but....so many other things would fall apart. Mark works such long crazy hours, while also being a student, so there really is no way that he could help take up the slack. On top of that...isn't the feminist movement about having choices and options?

So in answer to your questions nosey-Walmart lady, I am proud to be the keeper of my home, a helpmate and a shelter from the storm. I refuse to let you make me feel ashamed!
Posted by Mark and Amy at 7:37 AM 4 comments:

How does your garden grow? 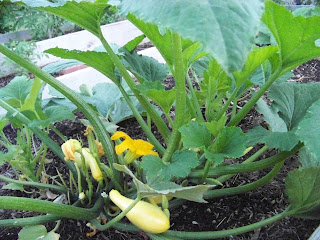 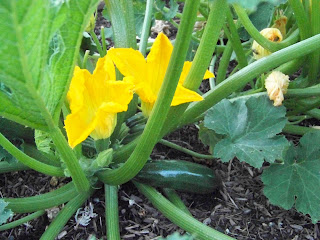 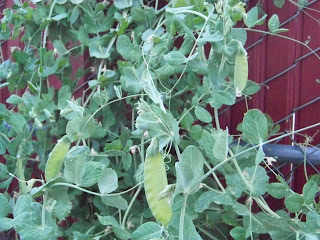 Our summer has been unusually cold and wet, so we aren't doing as well as we normally would. We do have snow peas, yellow wax beans, sugar snap peas zucchini and yellow squash coming in though!
Posted by Mark and Amy at 6:52 AM 2 comments:

The winds of change...an update. 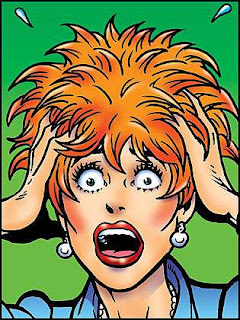 I have definitely been dealing with some changes the last couple months. All the changes have caught me up in a bit of a whirlwind in fact, leaving me feeling a bit frazzled, and reflective.
Things started out a few months ago with the clomid being pseudo successful. What do I mean by that? We had a very short lived big fat positive....I refuse to think of what that positive meant. I just can't right now. Then things followed with Mark finally getting regular, full time employment after two years of being underemployed or unemployed. While this is the best job he has ever had, and has been great for us, it has been an adjustment from him always being around! Follow that up with school starting again, and the G family moving out of our home after two and a half years! Yes, things have been quickly changing!


So where are we now? We have another boarder lined up, but he won't move in until the first of September. School has me uninspired and unmotivated, but I am plodding along. The garden is growing, I harvested our first zucchini and yellow wax beans just the other day. We have began some minor remodeling, and I have started to install laminate flooring throughout the main floor of our house. The infertility treatments......well, that's complicated.

We decided after our loss that we needed a break, so I have been on birth control pills in an attempt to regulate some hormones while we did some soul searching. Soul search we did! To get straight to the point, I am ready to give up on fertility treatments. Mark is not. I know, I know, we have only been at it for a year, and I shouldn't give up so easily. The thing is that I am finding that infertility is starting to define who I am. I mentioned that I have been installing laminate floors in our house, that has actually been a clarifying experience for me. Two years ago, I would have been excited, confident and eager to do that project on my own. When I recently began, it was only because between work and school, Mark simply does not have time to do it. So I started with trepidation, fear and uncertainty. You may be asking what that has to do with infertility, and well, the thing is, it has everything to do with it. Since we have been trying to start a family (versus just hoping it would happen) my self confidence has taken a major hit. There is this not-so-small voice in the back of my mind screaming that my worth is only connected to my procreating abilities, and since I can't seem to get that right........I won't be able to do anything else right either. So I want to quit in order to regain myself. Mark isn't ready to give up though, and while he would never hold it against me if I did, there would always be a part of me that would regret giving up when he wasn't ready. So, in about a week, we will once again be joining the ranks of the clomid users, and will be hoping for some baby dust....does anyone want to share?
Posted by Mark and Amy at 1:00 PM 2 comments:

remodeling the fourth of July

We remodeled our fourth of July, by kicking off a small remodel to our house! Once again we called our trusty friend Nathan, and began our project. We had this closet in our front bedroom that was almost six feet wide....but the door was only two and a half feet wide. No more! Th entire closet is now accessible! Sorry for the blurry photos, there was ALOT of dust in the air from drywall demo! 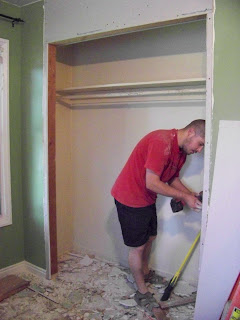 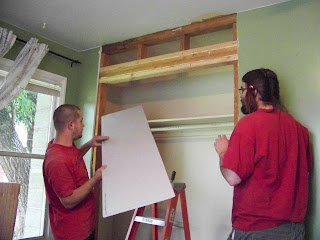 Stay tuned...I have been putting new flooring in that very same room, I'll show it off after the closet gets some paint!
Posted by Mark and Amy at 10:26 AM No comments: