This year was a complete fail as far as getting a Christmas letter written! Instead, everyone will just have to read the blog for a wrap up of our year!

We began 2011 with the Glanville family and their six children living with us. The moved out over the summer and in the fall we were joined by a new renter (who has been the easiest one yet). While we miss the Glanville family, it has been good for us to have a little more space.
Mark started a new job this summer, for a company that he loves, and passed his journeyman's exam shortly afterwards. I went to school and volunteered at the children's justice center. Spring found us ripping out walls in one of bedrooms in order to make a closet more usable, summer and fall found us installing laminate flooring, and building custom desks out of old doors. Add in the year round gardening and our work kept us quite busy.
Though if you know us at all, you also know that we play as hard as we work! We had several camping trips this past summer, including our first backpacking trip. We made several day hiking trips as well. A road trip to Montana occurred as well as a brief jaunt down to cedar city for the night. We even visited an aquarium and hand fed sting rays. Through in swimming at the rec center, board game nights with friends, my crafting and Mark's computer games and we had a lot of fun to balance out our work!
We kept moving forward with fertility treatments all throughout 2011, but in October were told that we should move on to In Vitro Fertilization. We found an amazing doctor who is at the top of his field and we are hoping to do the procedure in April. Currently we are trying to stretch our pennies until they scream n an attempt to fund the IVF. We are a third of the way there, in just over one month! Not so shabby! Mark had been working a ton of overtime to add to the baby fund. The opportunity for so much overtime would normally not be there, but things have just fallen into place since we decided to do IVF. If things keep going as planned, we may actually be fully funded by the end of January. The IVF is not the only thing that we have planned for 2012, though!
I am hoping to have a great garden again like we did this year, as well as finally getting rid of the tree stumps in our back yard. I am determined that this year we will finish some of the partially completed home repairs that we have done. Just little things like replacing the flooring but not putting the base boards back in. We don't want to plan any projects that are too big in case we get a successful result from the IVF, but I would love to gt a new fence put in! There will probably be at least one road trip to Montana, and if we are able to, I am sure there will be some camping too.
We hope your year looks as hopefully and exciting as ours!
Posted by Mark and Amy at 9:51 AM No comments: 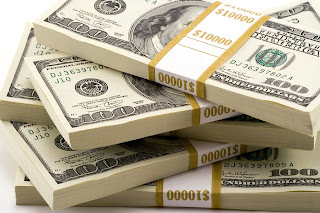 Mark has been working crazy overtime out of town, so we have been able to add a lot to the baby fund during December even with Christmas, needing to buy a new laptop and some minor car repairs. He is going to be continuing the crazy hours for a month and a half to two months, so we may manage to be fully funded by the end of January.

We really appreciate the love and support that we have gotten from everyone. The Christmas cash gifts, and the donations for our upcoming yard sale have all been immensely appreciated. There is a light at the end of the tunnel. Something that I never thought possible!
Posted by Mark and Amy at 10:42 AM No comments:

This clip is great to show exactly how insulin resistance can mess with your body. I have been going low carb for about a week now, and it has been great for me. I feel better and I am finally losing weight!

The reason for the season....

as only kids could tell it!