An Ode to my Husband

Dear Sweet, Sweet, Mark,
Even though you will probally not see this until it mentioned to you by someone that actually reads this blog, ahem, I wanted to dedicate this post to you. As of today, we have been married for six years, and have seen challenges that many will never see. You have stood by me steadfast and true through glaucoma, infertility, job loss, temper tantrums (who me?), legal issues and countless long term house guests. You have supported my desire to go to school, and my desire to be a homemaker...even though our nest has remained empty. You listen to me overreacting..and let me do it, while knowing that I will eventually come to see reason. You do yard work with me even though you hate it, and don't see the point beyond mowing the grass. Yet, you do it because it is important to me. You are my best friend and closest confident, and my every day begins with thankfulness to have you in my life.
Happy Anniversary baby,
Me
Posted by Mark and Amy at 10:04 PM 2 comments:

Preparing the garden for winter....and spring!

A September nears its end, so does good weather in Utah. Mark and I are beginning to work on all the projects that we put off over the summer due to the oppressive heat.
We are slowly tackling the pile of branches from pruning the trees that has been behind the garage for WAY too long. (Just as a side rant on this, I think every homeowner should own a truck. That way they don't have to cut all their branches into little itty bitty pieces in order to fit them into a dumpster, and take six months to get rid of the branches from one pruning. And no, we do not own a truck, or have a friend that owns a truck.)
We are also continuing to dig out the lilac and forsythia bushes along the fence line in the backyard. The would be beautiful plants, except they were planted way to close to the fence, and I don't think the previous owners ever cut them back. I have been babying them for five years now, trying to get them to look nice, but I think it's a losing battle. Out they come! On the upside, removing them has made the yard seem larger.
We also splurged and spent twenty dollars on wood chips for the flower beds in the front yard. I know that this seems extravagant when you consider Mark's unemployment, but we have been so good financially, and sometimes you just need a little reward. I also chose to do this because this has been the first year that we have done really well as far as having flower beds instead of weed beds like they were when we purchased the house. BTW, Thanks for weeding the bed under the tree, Martin (Mark's brother)!
I am also considering another big splurge on lumber for the vegetable garden. I have a plan that I have been dying to implement. It would allow me to create raised beds for square foot gardening..and allow me to do lasagna gardening. It is a little bit of an expense, we could pay cash for it right now, but I am debating on the wisdom of it. It just seems like we need a reason to get up in the morning right now, and a project just might help with that.
In connection with wanting to do some lasagna gardening, we have been composting like crazy so that we can have some super fertile soil in the spring. For those of you that might not know, lasagna gardening is a process of creating a no till garden. Basically you lay down several layers of newspaper, or a layer of cardboard on the ground in order to smother weeds. Then you layer (like a lasagna), organic material to make the material to plant in. Let it "bake" all winter and the plant in the spring. It results in great soil, good water retention, and weed suppression. Sounds to good to be true, I know, but I want to try!
Posted by Mark and Amy at 9:38 PM No comments:

Last night Mark, Nathan and I went out in search of great photos of the four oldest Glanville kids. We got some great ones if I say so myself. We went to a really neat amphitheater that had some great scenery.I haven't been able to open the raw picture files from Nathan's camera, but here are a few from mine. 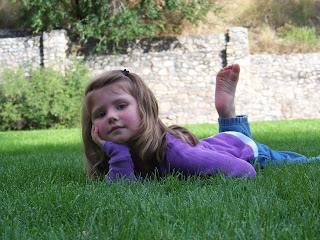 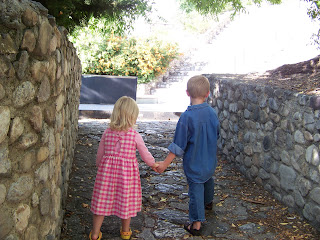 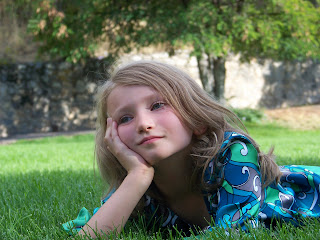 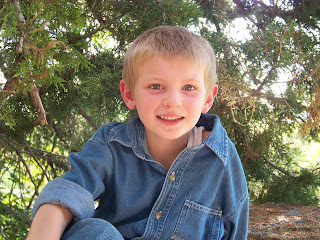 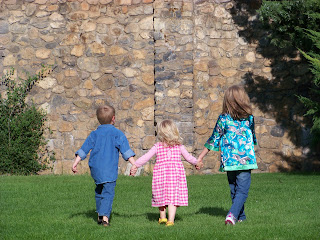 The last few weeks have been incredibly difficult and incredibly rewarding. I feel as though I am turning a corner in my life. I am moving forward full speed ahead with my education, and I'm becoming closer to Mark as we spend more time together during his layoff. I think I am also gaining perspective on my infertility.

This semester I am taking Human Sexuality and I feel as though I am learning many things about myself that I never expected to learn. I am beginning to come to terms with the fact that we may never have children. This class has helped to realize that that is okay. That I can be okay, if that is what happens. It has also helped me come to terms with my sense of personal failure that is connected to infertility. Really, it's ironic that I am gaining so much from a class that I thought would be pointless!
Posted by Mark and Amy at 7:46 PM No comments: