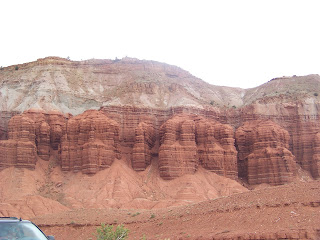 We spend a fun weekend camping at Fruita, in the midst of Capitol Reef National Park. The highlights included a great water fall and swimming hole

We did have a few disasters within the Glanville family, M got burned on a dutch oven, and S almost had her front tooth knocked out. On top of that Mark ended up with a compression skin tear on his foot from jumping the cliffs and Nathan tried to cut off his finger and nearly passed out as a result! All in all though, we made it home more or less in one piece!
Posted by Mark and Amy at 10:59 PM 1 comment:

Ahhh, the joys of small town life! We once again went to anaconda to visit my family and were confronted with what small town life means. In the past we have been enchanted with the possibilities, but this trip left us feeling....dissatisfied.

First, it rained way too much while we were there, and we were sleeping in a tent in my parents front yard. However, it was not enough rain to keep the neighborhood raccoon from coming and investigating us in the middle of the night. Mazie didn't like that one bit!

Then when we went to take the boys bowling, we found that the businesses in town have some weird hours, like not being open until six thirty at night! So we went and fed the fish at the hatchery 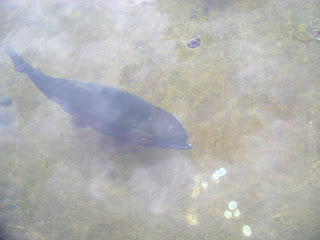 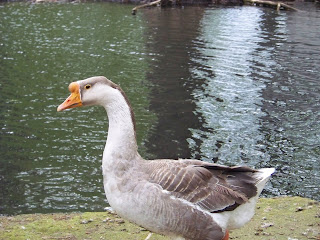 and tried to get some nice photos at a park, but the boys were often not cooperating...neither was the rain! 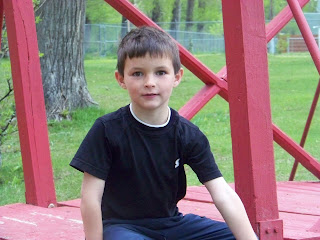 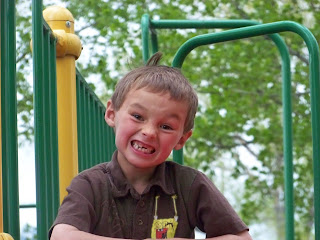 All in all it was a good trip, but it made me realize two things. First, I miss my brothers tons and we need to do more to stay in touch. Secondly, my husband has a horrible sense of direction, he accidentally took the wrong exit near twin falls Idaho and didn't realize until we had gone almost four hours in the wrong direction. We now simply say that we took the "scenic" route!
Posted by Mark and Amy at 9:16 PM No comments:

I spent an afternoon doing another photo shoot of the G kids and just wanted to share some of the great photos that I got! 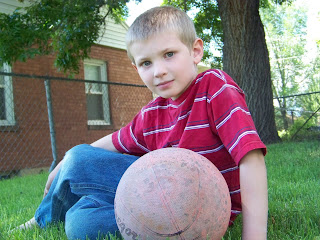 Then we have the kiddos all being loopy...as a side note the wagon they are sitting in was mine as a kid! 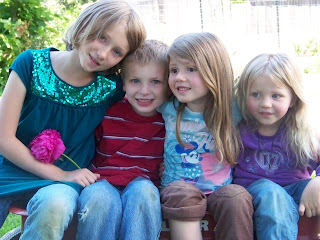 Then we have D, our pretty young lady 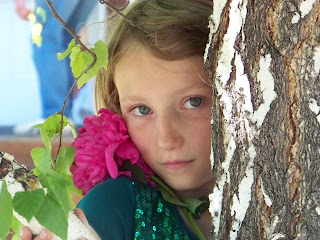 Now we have R in his dirty face glory! 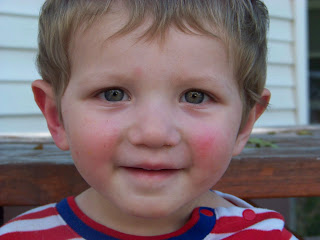 and our sweet S, stopping to smell the roses...err, peonies! 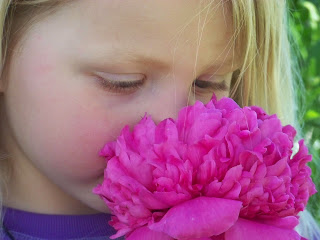 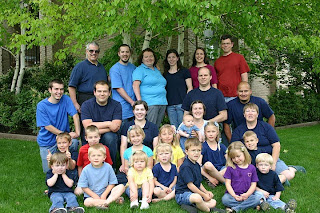 We had a blast with all of Mark's family at the reunion. It was a ton of work to plan, and I ran into a few snags, but for the most part it was a success!

It was a week filled with cars stuck in the mud, unplanned hikes through the aforementioned mud, pedicures, massages, fancy chocolate and meals eaten of garbage can lids! In other words, it was a blast!
Posted by Mark and Amy at 9:02 PM No comments: