This past weekend we had a blast camping at Castle Rock Campground in the Freemont Indian State Park. We took the usual suspects with us, in the form of the Glanville Family, Nathan, the Morgan Family and our dog, Mazie. Our Trip was great for a lot of reasons even though we got rained out on Saturday night, only to have the sun come out as soon as we had the tents down and packed up. The top ten things were:

10. Other than two or three other campsites, we had the place to ourselves. This was really neat because we could be as loud as we wanted to be, and Mazie was able to be off leash. 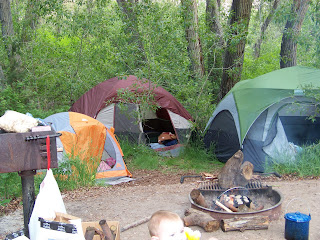 9. We had Frequent visits from local wildlife. The squirrels even ran across the hot fire pit to drag out potatoes that we had roasting in the coals. We also saw lizards, snakes, rabbits, and some sort of raptor. 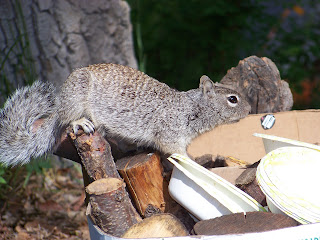 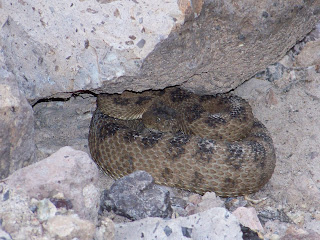 7. Our campsite had a really cool stream and foot bridge behind it, that was perfect for skipping stones and playing. It was neat because just a few hundred yards in either direction of the stream it suddenly changed from forest to desert because Castle Rock is a riparian zone. Thanks for the vocabulary word, Nathan! 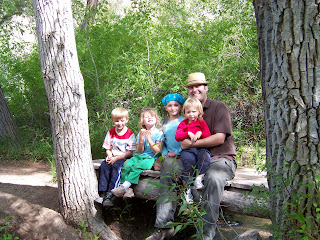 6. Another wonderful thing about our trip was the really cool mountains that surrounded our campsite. We spent a lot of time climbing them, and even more time trying to not be pulled off them by Mazie. 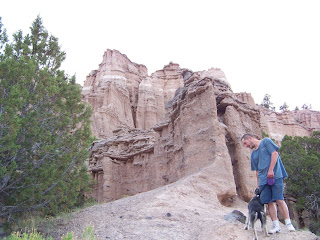 5. I also enjoyed all the different plants that surrounded us. Thanks to being in a Riparian zone, we were able to see wild roses and cactus right next to each other. 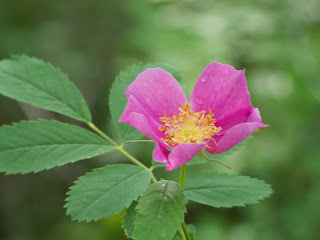 4. Just a few miles down the road there was a REALLY neat Freemont Indian museum. The really cool part was that the campsite admission also paid for the museum admission. The museum was doing a special festival where the kids got to make Indian flutes and thing as well. Nathan, the Morgans, Mark and I all decided to go hiking while the Glanvilles did the kid things. 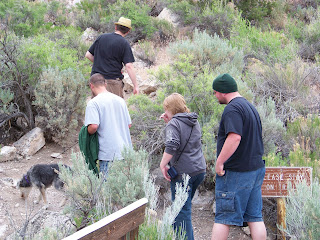 3. While we were hiking at the museum, we got to see a lot of rock art from hundreds of years ago. 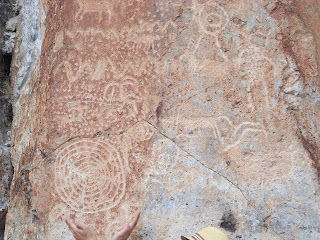 2. On that same Hike, we found tons of really cool rocks that had eroded away into strange shapes. Most of them were big enough to sit in, or to crawl into. 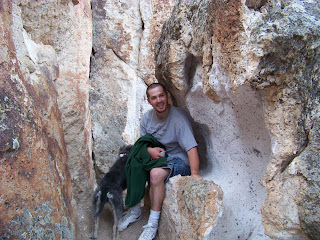 1. The landscape was amazing!! 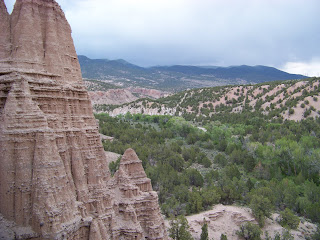